The Zurich New York Lines (by Dr James Lattin) is a study of the predominantly urban phenomena of lines. Whether criss-cross, diagonal, straight, or double yellow, the urban line is suggestive of order. Yet nothing could be further from this assumption, as Dr Lattin discovers on visits to Zurich and New York.

Winner of the ‘Most Improved Pamphlet’ Award at the 2016 Small Press Jamboree. 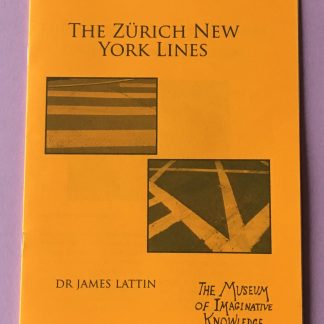 You're viewing: The Zurich New York Lines £2.00
Add to cart